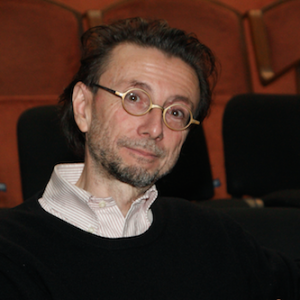 Mario Carpo graduated from the University of Florence in 1983 with a degree in architectural history. He was a doctoral researcher at the European University Institute from 1984 to 1987, then an Assistant Professor at the University of Geneva. In 1993 received tenure in France, where he was first assigned to the École d’Architecture de Saint-Etienne, then to the École d’Architecture de Paris-La Villette. He has been a Professor at the Georgia Institute of Technology since 2009, and Vincent Scully Visiting Professor of Architectural History at Yale University since 2010.