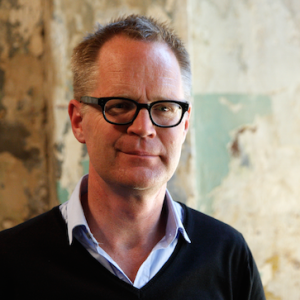 Hans Ibelings is an architectural critic and historian. He founded the magazine “A10, new European architecture”, together with Arjan Groot in 2004, which until recently he ran and edited. He studied art history and archeology in Amsterdam. As a curator he has worked for several years in the Netherlands Architecture Institute in Rotterdam. He has taught at various schools in the Netherlands and abroad, including in Rotterdam, Lausanne and Belgrade. He has written and edited several books on contemporary architecture, including the “European Architecture 1890-2010”. As an editor, critic and curator Hans Ibelings encountered architecture in the former Yugoslavia in various capacities and ways. In 2009 he was a member of the jury for the Golden Pencil in Slovenia, and was Commissioner of the 44th Zagreb Salon. He is the curator of traveling exhibition “RESTART, Architecture in Bosnia and Herzegovina, 1995 to 2010”. Currently he is the editor of “The Architecture Observer”, a multi-platform tool for architectural criticism.