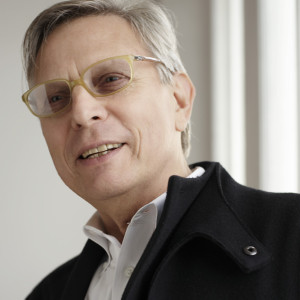 Professor Leon van Schaik, Innovation Professor of Architecture at the Royal Melbourne Institute of Technology, promotes local and international architectural culture. His research focuses on creating and sustaining innovative communities of practice. His practice-based research program for architects and designers has become a ground breaking innovation in architectural education worldwide and an important template for research institutions. This approach considers innovative architectural practice as research in of itself, and has far-reaching consequences for how we view architectural practice in an academic context. van Schaik was awarded the inaugural Neville Quarry Prize for Architectural Education and has been recognised an Officer (AO) in the General Division of the Order of Australia for his services to both architecture and education. Writings include monographs compiled on Edmond and Corrigan, Ushida Findlay, Guilford Bell, Tom Kovac, Poetics in Architecture, The Guthrie Pavilion, The Practice of Practice, and Sean Godsell. Publications include Mastering Architecture (2005), Design City Melbourne (2006) and Spatial Intelligence (2008), Procuring Innovative Architecture with Geoffrey London and Beth George (2010), By Practice By Design’: ‘Design Practice Research at RMIT (2011) and Meaning in Space: Housing the visual arts, or Architectures for Private Collections (2012). His most recent book, Practical Poetics in Architecture, was published by Wiley in April 2015.