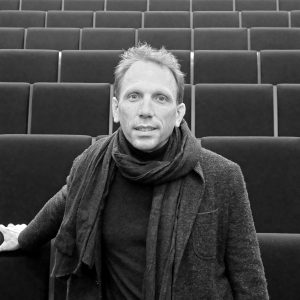 Lecture: “Alphabetizing the Matrix of discomfort”

Matteo Cainer is a practising architect, curator and educator. Based between London and Milan, he is Principal of Matteo Cainer Architecture, co-founder of the Confluence Institute for Innovation and creative strategies in Architecture in France, and Director of Architecture Whispers.

Prior to opening his own practice in 2010 in London, Matteo worked and collaborated with a number of celebrated international practices including Eisenman Architects in New York City, Coop Himmelb(l)au in Vienna, and Arata Isozaki Associati in Milan. In 2004 he was Assistant Director for the 9th International Architecture Biennale – METAMORPH, in 2006 Curator of the London Architecture Biennale – CHANGE and in 2018 curator of the Dark Side Club in Venezia. In 2011 he moved to Paris where he was Associate professor and HMONP director at the École Spéciale d’Architecture and it was there that he created and directed the ‘Pavillon Spéciale’ series. It was also in Paris that he conceived and hosted ‘Architecture Whispers’ and in 2013 co-founded and co-directed with Odile Decq the Confluence Institute for Innovation and Creative Strategies in Architecture in Lyon. In March 2018 he moves back to London and is nominated curator for the 7th Edition of the Dark Side Club for the 16th International Architecture Biennale in Venezia, and is a regular visiting critic at Westminster and the AA. In March of 2020 to respond to the pandemic, he launches MCA Online a free educational initiative to provide lectures, teaching and support to home-bound students, and at the end of the year he opens MCA in Milano, Italy.