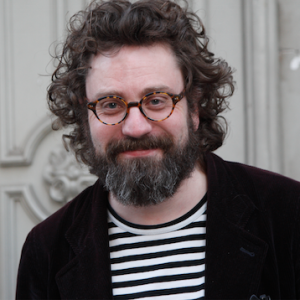 Jonas Elding is a partner at Elding Oscarson architecture office in Stockholm. Their works combine experience from employments in Sweden and Japan, covering both local and international architecture, from large projects to small ones – museums, theaters, private houses, interiors, furniture, and product design. The office has won numerous awards in Sweden but also abroad, in the US, UK, Germany, Slovenia, Spain. Their work has been exhibited and published internationally, for example in professional magazines Abitare, Forum, A+U, Frame, Domus, Dwell, A10, Lotus, Tatlin News, Detail and so forth.

What have been some of the most difficult commissions that you have been working on as an architect? How have you designed your way out of it?

Every project is difficult. Some of the competitions that I did in SANAA (1) where complicated, and I was very young. These were invited competitions, such as the Mercedes Benz Museum in Stuttgart and Zollverein School of Design in Essen. Before that I was working on De Kunstlinie Theater & Cultural Center in Almere but not for the competition entry – I joined the team later, thus the concept was already there yet we had to move on to meet the requirements at the time. That was very difficult, altogether 17000 square meters of cultural centre and a theatre.

As for our own practice Elding Oscarson we were recently doing something programmatically tricky for an extension on top of a historic building from the early 20th century. The extension bridges a courtyard that is already covered – first it was covered with glass, then it was covered with metal roof because the glass leaked. Now they want to cover it with a huge building on top. We won what you would call a “parallel competition” – basically it’s like constructing a whole block on top of an old building. That was difficult already in the competition stage but not all is solved yet, thus it continues to be tricky. On the other hand, just doing a private house: how do you make it exciting? How do you make it fit your client’s needs, and so on.

Do you prefer a so-called “confused client” who hasn’t really figured out what he or she wants to the tiniest detail what the building should be like? Or a client with a very clear view?

Clients are not architects but they often have a very clear view also for the form of the building etc. – and then it’s problematic. It’d be better if they’d have a very clear view of what kind of atmosphere they look for, it’d be better that they’d have a more abstract opinion. We were afraid at Elding Oscarson that our first private houses would have stubborn clients with fixed ideas. For instance we had a couple – one of them was an interior designer – who already had drawings, basically saying that they needed us to make simply just the building permit documents for them. This client wanted to use us as draftsmen. It was our first real project for a building at Elding Oscarson. The site, the setting was fantastic and it was important for us to make o-u-r proposal. So we had to decipher program from what he had drawn and then figure out which qualities the client was trying to get and which qualities we could add to it all from our side. We made our proposal and they fell in love with it. We designed it to the last detail, thus as you see the tables were turned. In the end, all this was not painful at all. Since the client was professional then the understanding was there. Another project which we just finished was complicated because it took a long time. It took 19 months to get the building permit. During that time the client married: one client became two clients – the wife had to be convinced now as well but she had a completely different idea of what the house should be like. You’ve worked both in Japan and Sweden: have the projects shifted in scale when you compare 8 years of working at SANAA with your current studio Elding Oscarson?

In Sweden we try to get invited to competitions to have larger projects and it’s hopeless to get invited when you’re a young office and don’t have a long track record. However, we’ve started to get some invitations. We just recently won a competition for the extension of a so-called “museum of sketches”, officially the Museum of Public Art and Artistic Process (Skissernas Museum in Lund). This museum was founded in 1930s – at that time art collectors where not at all interested in process. They started with one artist that donated 20 sketches, all the other artists wanted to be in the same club and that’s how the museum got going. Nowadays it has grown enormously and has become established, they need a new entrance and a restaurant, and that’s what the brief was for the competition. But we also work in Japan these days – there’s a private house under construction near Tokyo right now.

What kind of experience did you take with you from SANAA to Sweden?

There’s a lack of self confidence among young Swedish architects. Working in SANAA gave me a lot of confidence how things can be done. I didn’t work on any Japanese projects there, only on the European ones. I realised that the problems are essentially the same everywhere. Indeed, in Japan it might be easier to use single glazing and have not much concern for energy efficiency before Fukushima happened – now it’s a little bit different game – but in the US, in Holland the problems are quite similar to those in Sweden. Knowing that has given me a lot of confidence to pursue things that I believe in – that they can be done.

SANAA has elaborated a very nice working process – a workaholic process – where the design proposals come before discussion. It’s the opposite of the typical design process in the US where they like to discuss endlessly, yet when they come to draw it they run into problems: when they start to sketch they see that they didn’t even understand each other because they were so academic. Thus, what I also took from Japan was the confidence to believe that architecture doesn’t always need to be so academic. I value the Japanese working method a lot – it’s a more intuitive one, based on sensing, mixing personal emotions. They’re not making an analysis that is academically complicated but they’re trying to simplify things – the analysis comes simultaneously with the design proposal. The proposals drive the discussion. I think it’s a very natural working process. Japanese architects are good at discussing with each other, helping each other, respecting each other. They’re not as competitive in that respect as we’re in Europe. They have realised that if there’s plenty of good Japanese architects – with certain conformity within the architectural community but also exhibiting a palette for various tastes – then they can take the world with a storm. There’s much more negativism within the professional circles in Sweden – the basic assumption is that there’s not enough space for everyone. The Japanese have realised the value of supportive collegiality. In that sense I find the Swedish architecture scene much more hierarchical than the Japanese one – in Sweden everyone is guarding their place in the hierarchy. Are there specific elements in architects training that feed one or another type of such culture of collegiality?

I know very little about the Japanese architecture schools but they have a master/mentor culture – the continuity in learning from someone that you really respect, also after the school, is very valuable. In Sweden you must have so many qualifications to enter competitions – and only what you’ve done yourself counts – that you better start your own practice the moment you graduate, immediately after architecture school. Everyone is on their own and this isolation and fragmentation of the community leads to bad outcomes. I don’t know when I’m going to consider myself a Swedish architect.

How about collegiality in global terms? Everybody is looking at each other.

I like Portuguese architecture. They have a nice architectural tradition – Álvaro Siza Vieira, Eduardo Souto de Moura. They take care of things – but differently than the Dutch or the Japanese. Portuguese architecture is emotional, it’s into detailing but doesn’t need to be high-tech. It can be simple as long as you achieve what you want, spatially – with the light etc. They’re not so catchy with their concepts as the Dutch are or as the Japanese are in a sense, caricaturing the concept. The Dutch and the Japanese are doing the latter differently: the Dutch are really caricaturing it but the Japanese concept gets stronger when it has some ambiguity, when it’s a little bit vague. Even though we’re all learning from each other, even though it’s all mixed – SANAA adores Koolhaas, Siza Vieira, Le Corbusier – so there are differences. And this is very valuable.