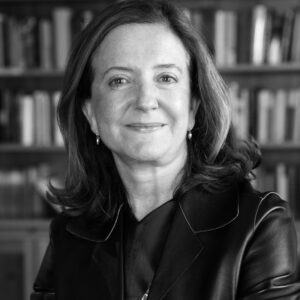 Beatriz Colomina is an internationally renowned architectural historian and theorist who has written extensively on questions of architecture, art, technology, sexuality and media. She is Founding Director of the interdisciplinary Media and Modernity Program at Princeton University and Professor and Director of Graduate Studies in the School of Architecture. Her work has been published in more than 25 languages and her books include: Are We Human? Notes on an Archeology of Design (Lars Müller, 2016), The Century of the Bed (Verlag für Moderne Kunst, 2015),  Das Andere/The Other: A Journal for the Introduction of Western Culture into Austria (MAK Center for Art and Architecture, 2016), Manifesto Architecture: The Ghost of Mies (Sternberg, 2014), Clip/Stamp/Fold: The Radical Architecture of Little Magazines 196X-197X (Actar, 2010), Domesticity at War (MIT Press, 2007), Privacy and Publicity: Modern Architecture as Mass Media (MIT Press, 1994), and Sexuality and Space (Princeton Architectural Press, 1992). Sexuality and Space was awarded the 1993 International Book Award by the AIA (American Institute of Architects). Privacy and Publicity was awarded the 1995 International Book Award by the AIA, and has been published in seven languages. Her book X-Ray Architecture was published in spring 2018.

Colomina has lectured extensively at universities and art museums throughout the world.  She has curated a series of international exhibitions, based on archival and oral history research, as interfaces to communicate research to a wider audience with physical installations, digital platforms and new forms of publication. These exhibitions, which traveled to multiple international locations, include: Clip/Stamp/Fold (2006), Playboy Architecture (2012) and Radical Pedagogies (2014). Colomina was the chief curator of Curated by Vienna: The Century of the Bed, a show involving a network of 22 art galleries in Vienna in 2014. She was co-curator of the third Istanbul Design Biennial (2016) on the theme Are We Human? The Design of the Species and contributed an installation on the question of social media to the inaugural biennale of Architecture and Urbanism in Seoul, which opened in September 2017.

Colomina has been the recipient of diverse awards and fellowships, including the Samuel H. Kress Senior Fellowship at the CASVA (Center for Advanced Studies in the Visual Arts), SOM Foundation, Le Corbusier Foundation, Graham Foundation, the CCA (Canadian Centre for Architecture), The American Academy in Berlin and the Getty Center in Los Angeles. She is on the advisory board of multiple institutions, including The Norman Foster Foundation in Madrid, The Istanbul Design Biennial, The Institute for Innovation and Creative Strategies in Architecture in Lyon, ARCH+ in Berlin, The Oslo Center for Critical Architectural Studies (OCCAS), Beyond Media in Florence and The Storefront for Art and Architecture in New York. In 2005 she received the Princeton University President’s Award for Distinguished Teaching.