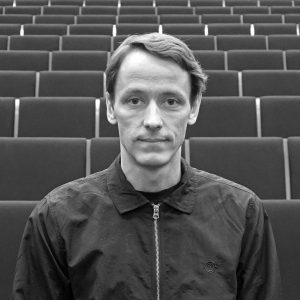 Lecture: “Infrastructure of Care: The Past, Present and Future of Soviet Leisure Heritage”

Konstantin Budarin is a member of the architectural collective Kultura and one of the initiators of the research project Sanatorium Premium – the focus of the latter is on the Soviet-era recreational infrastructure and the development of its possible uses today. The sanatorium architecture of the so-called Eastern Bloc has become a social media hit in recent years, viewed as an archaic curiosity with aesthetic pleasure, without delving into the role of sanatoriums in the operation of large-scale industry, or how a recreational machine worked to oil the human cogs of a production machine. The spatial programme of any sanatorium was led by prescription procedures, and Budarin asks – what procedures and what space would we need today to stimulate exhausted bodies and burned out minds? Do we have anything to learn from the sanatorium system in the Eastern Bloc?

He is also the author of numerous publications on architecture and urbanism published in Strelka Mag, Calvert Journal, Project Baltia, and others. He is an alumnus of Strelka Institute for Media, Architecture and Design 2014/15.