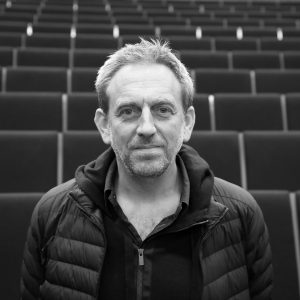 Jan Edler will be on the EKA main hall stage in Tallinn with the lecture “Potential Driven Design”.

Initially co-founders of a transdisciplinary art group “Kunst und Technik” in Berlin (1997-2000), the brothers Jan and Tim Edler founded “realities:united” as a “studio for art and architecture” in 2000 and have gained international recognition for initiating and realizing art- and hybrid art installations at an architectural and urban scale across the globe.

Amongst their most recognised projects are BIX, a light- and media facade for Peter Cook’s Kunsthaus in Graz that has hallmarked their international breakthrough, Big Vortex, a public art proposal for Bjarke Ingel’s waste to energy plant in Copenhagen to blow smoke rings, and Flussbad Berlin, an multiple award winning project to regain River Spree in Berlin’s historic centre for the people. Pieces by the brothers are both included in museum collections such as the Museum of Modern Art (MoMA) in New York, in several private collections, as well as in several public art collections in Europe, North America and Asia.